As at 30 June 2021, the National Redress Scheme has received 127 applications from people currently resident in the NT.

73 payments have been made to NT residents with the average payment totalling $85,700.

The Relationships Australia NT Redress Scheme Support Service team continues to provide support to those wishing to access the Scheme across the Northern Territory.

For more information or to refer a client please call 1300 364 277 or email ASSSIntake@ra-nt.org.au.

Following the National Redress Scheme’s second anniversary, an independent review was conducted by Ms Robyn Kruk AO. During the course of the Review, Robyn met with 81 survivors, support services, government agencies and ministers.

Robyn received 226 submissions, which provided significant insight into the Scheme, how it operates, and how to improve the survivor experience. The Review also commissioned a feedback study in which 503 survivors, support groups and institutions participated

The Review also highlighted the benefits of applying to the Scheme with the support of a funded Redress Scheme Support Service such as Relationships Australia. 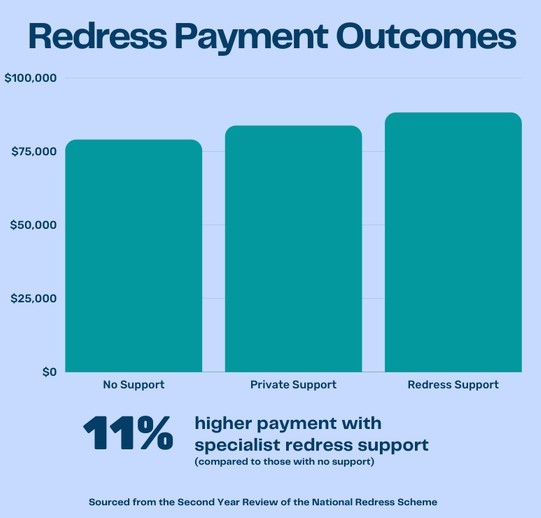